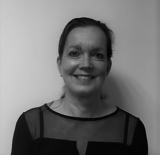 Rachel has over 25 years’ experience working as an Occupational Therapist with a wide variety of clients, both adults and children. She is committed to ensuring clients receive the best care and rehabilitation to optimise their functional performance. She considers this enables them to engage in activities which are meaningful and important to them thus promoting physical and psychological well-being, whilst maintaining quality of life.

Diploma of College of Occupational Therapy 1988

Rachel qualified as an Occupational Therapist in 1988. Initially she worked with older people in hospital: she planned and implemented rehabilitation programmes to improve their functional independence in preparation for discharge home. This involved treating people with fractures, following a stroke, and general and complex medical conditions. Subsequently, she worked in the medical and surgical specialty treating patients with amputations and acute medical conditions.

Rachel worked in orthopaedics and trauma from 1989 onwards and delivered occupational therapy intervention to people who had sustained upper and lower limb fractures, multiple trauma, amputations and spinal fractures. She worked in both in-patient and out-patient settings. She assessed functional independence prior to discharge, co-ordinated discharge plans and liaised with family and local authority services within the community. In addition, she referred on to appropriate follow up services such as social services for adaptations to the home environment. Her role in out patients involved treating people who had sustained multiple trauma as well as upper and lower limb fractures. She developed rehabilitation programmes to improve range of movement, strength and activity tolerance. As a result of the improvement in physical functioning people’s ability to carry out daily living activities increased. She was also involved in developing and delivering work hardening programmes for people in preparation for their return to work following injury.

In 1990 Rachel then specialized in community rehabilitation within a community hospital and set up and ran a direct access service for GP’s. As a result, the client group she treated was diverse and included people after having a stroke, as well as people diagnosed with M.S. and Parkinson’s disease, musculoskeletal conditions, and older people

She was involved in assessing for wheelchairs, referring on to specialist agencies and services, and provision of small items of equipment and adaptations.
Rachel then worked as senior therapist in a large teaching hospital, and worked with people who had sustained multiple injuries, upper and lower limb fractures, spinal fractures and soft tissue injuries. She was involved in providing a splinting service for specific injuries. She assessed people’s functional ability and carried out interventions to improve their independence prior to discharge. She co-ordinated discharge plans and referred on to agencies for specialist equipment, and out-patient services as necessary. After a period of consolidating her experience as a senior therapist Rachel moved to another large teaching hospital where she then led the orthopaedic service for the hospital for 4 years.

After specializing in complex musculoskeletal conditions for over 5 years at the Northern General Hospital and Royal Hallamshire Hospital in 1995 Rachel moved into education became a lecturer in occupational therapy. In 1997 whilst maintaining her teaching commitments, Rachel became an independent care expert providing expert witness reports for people following accidents, injury, clinical negligence, and fatal accidents. Rachel has over 18 years’ experience working as a care expert and has prepared in excess of 500 reports for the court. She has worked for both claimant, defence and has been jointly instructed. She has given evidence in court and has participated in joint discussions and case conferences. Rachel has prepared reports for adults & children with a variety of injuries and conditions including: orthopaedic injuries and multiple trauma, amputations, upper and lower limb injuries, spinal injury, obstetric brachial plexus palsy, bowel injuries, soft tissue injuries, chronic regional pain syndrome, cancer, multiple co morbidities as well as preparing reports following fatal accidents. She has experience of assessing children’s equipment needs for young people with cerebral palsy, amputations, and brachial plexus palsy. As a result of Rachel’s interest in working with children she has volunteered in a school for children with Special Educational Needs and has worked with a variety of children including those with cerebral palsy in this setting.

Subscribe to our newsletter and don’t miss out on latest news, blog posts and special offers.